The first in Europe.

Wordsworth Excavations, a UK-based bulk earthworks contractor, has been a strong advocate of Komatsu’s intelligent Machine Control (iMC) technology for some time, with several Komatsu intelligent dozers and a PC210LCi-11excavator already part of their large fleet.
Impressed by Komatsu’s technology, and with a demand for an excavator capable of bulk loading and fine grading, Wordsworth Excavations ordered the new PC360LCi-11 soon after it was launched at the Bauma 2019 international fair in April. 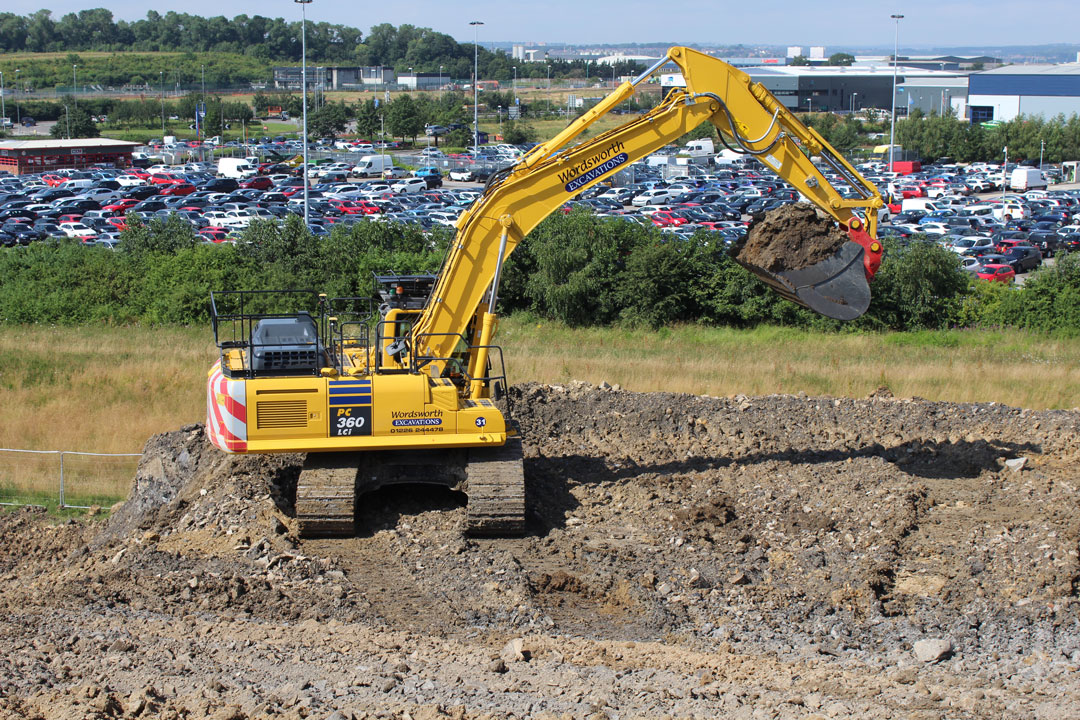 The 36-tonne machine was delivered by Komatsu in July, and it has already been put to good use in Leeds to assist with the construction of a large distribution centre. There, it has moved a large quantity of earth and shaped it into a pyramid mound, allowing the operator, Shane Smith, to make the most of the machine’s control features.
“The PC360LCi-11’s real time digging control, with the bucket stopping once it hits the target surface, makes it possible to move tonnes of material every day without ever worrying about over digging” says Shane. “This new Komatsu excavator can complete a standard machine’s daily workload a lot quicker and has made the site more productive”.

“
The PC360LCi-11’s real time digging control, with the bucket stopping once it hits the target surface, makes it possible to move tonnes of material every day without ever worrying about over digging” says Shane Smith, operator at Wordsworth Excavations.

Site efficiency has been further improved, as a bulldozer is no longer needed to assist with grading in sections that the PC360LCi-11 can now complete on its own. It frees up Wordsworth Excavations dozers for work in other sections of the project and on other job sites. 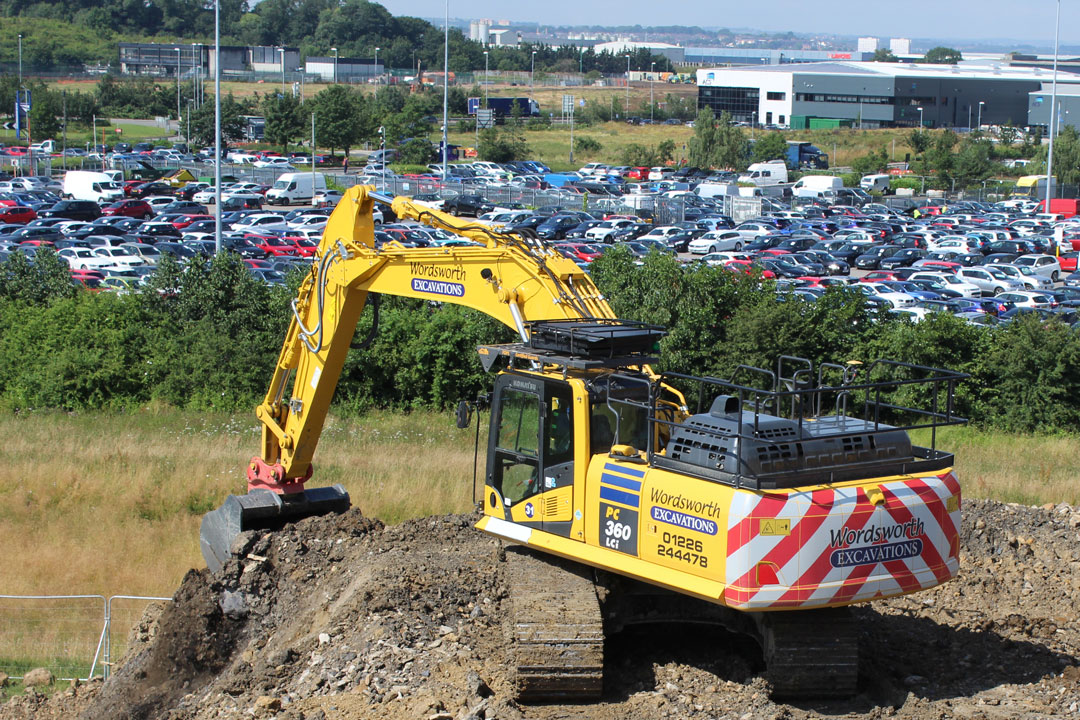 Prior to purchasing the PC360LCi-11, Wordsworth Excavations used a standard excavator fitted with an aftermarket solution. Shane also operated the old machine and has already noticed lots of benefits with the PC360LCi-11’s integrated solution. “The monitor of the new Komatsu machine is in a better position compared to the aftermarket kit, which was low down and close to my feet. It is also much more user-friendly, so I was confident about using the system after being shown how to do so just once” he says. 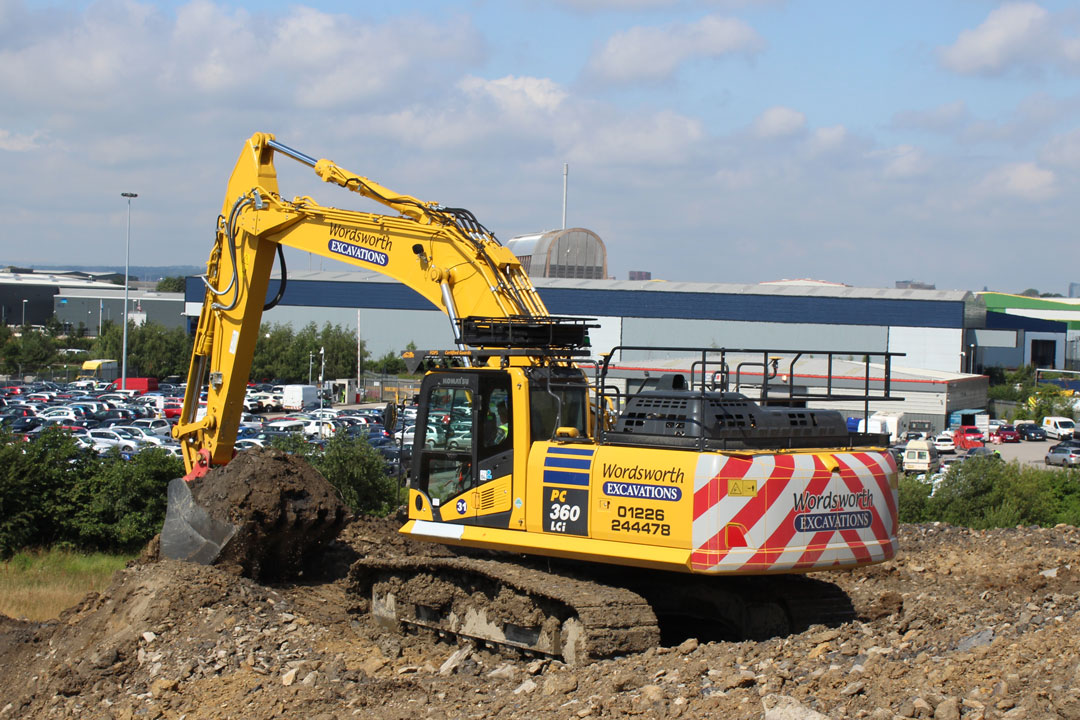